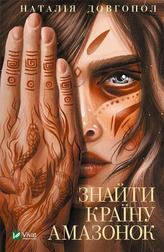 Find the country of the Amazons w. ukraińska

Follow the Milky Way, says the legend. It will lead you to the magical land of the Amazons... But the times of the Amazons have passed, and the stories about brave warriors only cause a smile. Until Princess Katria Zamkovetska, who lost at cards, decides to believe in them and sets out according to legend. On the way to New Thermiskira, both she and her not-so-accidental companions - a nobleman who opposes his father, the mysterious buffoon Talestra and a mysterious assistant who always hides his face - will face a difficult choice. And no one will be able to avoid the fact that lies on its way.A time when a legend will cease to be just a legend